Unmanned Systems are nothing new in the Air Force. Remotely pilot’s vehicles have been at the forefront of the battlefield for decades now. But these systems all rely heavily on functioning communication links, and multiple crew members and support analysts. Without these key elements today’s drones are hardly capable of accomplishing any mission at all on their own. Operation in denied or contested airspace would be especially difficult even with the application of low observable technology.  The Defense Advanced Research Projects Agency (DARPA) has been working to add more autonomy and give existing and future systems the capability to operate in these denied and contested environments.
CODE is DARPA’s answer to this problem. “DARPA’s Collaborative Operations in Denied Environment (CODE) program aims to overcome these limitations with new algorithms and software for existing unmanned aircraft that would extend mission capabilities and improve U.S. forces’ ability to conduct operations in denied or contested airspace.” Their solution is to employ a number of cooperative UAS’s that work together to build their own situational awareness. A single person would monitor the team of UAS’s and would have the authority to approve or disapprove the team’s actions. “CODE-enabled unmanned aircraft would find targets and engage them as appropriate under established rules of engagement, leverage nearby CODE-equipped systems with minimal supervision, and adapt to dynamic situations such as attrition of friendly forces or the emergence of unanticipated threats.” 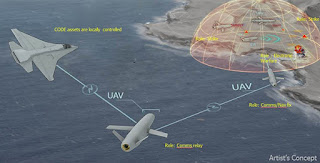 This level of responsibility for a UAS however is raising a number of red flags in the international community. Being referred to as LAWS, or Lethal Autonomous Weapons Systems, these UAS’s theoretically have the ability to engage a target while in a denied environment without a human watching or having the ability to call off the strike. “CODE aims to develop teams of autonomous aerial vehicles carrying out “all steps of a strike mission- find, fix, track, target, engage, assess” in situations in which enemy signal-jamming makes communication with a human commander impossible.” The idea is that the rules of engagement would be programed into the system and the UAS would be able to identify and follow those rules on its own. Because computers have the ability to process data millions of times faster than a human, theoretically the systems would be capable of not only making better decisions but also faster decisions.
“CODE’s envisioned improvements to collaborative autonomy would help transform UAS operations from requiring multiple operators for each UAS to having one mission commander simultaneously directing all of the unmanned vehicles required for the mission. Commanders could mix and match different systems with specific capabilities to suit individual missions instead of depending on a single UAS with integrated capabilities, the loss of which would be potentially catastrophic. This flexibility could significantly increase the mission- and cost-effectiveness of legacy assets, reduce development times and costs for future systems, and enable new deployment concepts.”
There are a handful of organizations that openly oppose the idea of LAWS like CODE, but few are more vocal than the NGO Campaign to stop Killer Robots. Founded in 2012 in New York, their sole purpose is to prevent LAWS from ever being allowed on the battlefield. Their website, Stopkillerrobots.org, details their agenda clearly with strong points to consider. “Allowing life or death decisions to be made by machines crosses a fundamental moral line.” They claim that killer robots would “lack human judgment and the ability to understand context.” These are important things to consider, however the determining factor on the legality of CODE and LAWS resides at the UN.
Talks have been ongoing for the last few years at the Convention on Certain conventional weapons. Most recently in 2015 at the meeting of experts delegates from more than 40 countries joined together to discuss the current state of the technology and whether or not LAWS like CODE should be banned from use in combat. Those in favor of LAWS insist that their internal review process is sufficient to declare LAWS meet all existing regulations in the Law of Armed Conflict and the rules of engagement. Other nations are harder to convince.
Regardless of the stand point, LAWS like CODE are being developed. The technology is available and the United States is not the only nation pursing it. If used responsibly and programed correctly it should prove to be a valuable tool for military operations in denied environments.

Popular posts from this blog

Open ROV VR Cockpit             In 201X the OpenROV company released their idea on Kickstarter for a DIY underwater drone to explore the ocean.  In an Interview with the company’s co-founder David Lang he stated “five years ago the team just wanted to explore underwater caves in search of gold, but in the time since then, they’ve shipped 1,600 underwater robot kits to 50 different countries, prototyped and experimented with numerous new designs, and built a community of similarly minded underwater enthusiasts online” (Love, 2015). Their campaign was a huge success and the evolution of the design began to grow in sophistication both in terms of performance, and available data. What makes the platform special is the fact that it is open source, which means its software and development is wholly supported by its community of users. One recent addition to the Open ROV platform is the OpenROV VR Cockpit which displays valuable data to the operator directly to a virtual display on the user’s …
Read more

Consumer drones have rapidly evolved in the last few years. While cameras are almost expected on nearly every drone purchased these days, the capabilities of those cameras are increasing significantly. Though many on-baord cameras offered with high end drones boast the ability to capture ultra high definition (UHD) 4k resolution full motion video, they still only collect the what the human eye can see, color and light. These colors fall within the visual range of the electromagnetic spectrum, and represent what we perceive with the naked eye.  The colors fall between the wavelengths of about 400-700 nanometers. Camera sensors can be tuned to image only certain wavelengths/colors, and there are many applications for looking at various individual bands of this spectrum.


There are several reasons one would want to isolate specific bands, or capture wavelengths outside of the visual spectrum.  but one example would be to monitor the health of the vegetation in a farmers field. Multi Spect…
Read more
March 31, 2018 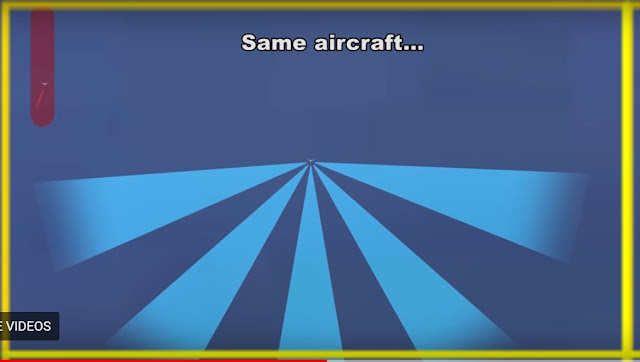 2.4 - Research Assignment: Unmanned Systems Maritime Search and Rescue (PLG1) Unmanned maritime systems offer flexibility and greater capability for search and rescue operations. While there are several maritime surface systems that are developed for this task, such as the ROAZ II, or the U Ranger, one exciting new airborne system is employing new technology for wide area ocean scanning. The Scan eagle has been used by the Navy for over a decade in combat zones for Intelligence, surveillance and reconnaissance (ISR) purposes. Sentient, an Australian company specializing in artificial intelligence (AI) and computer sensing, has developed a new type of sensor they call ViDAR which they believe will greatly enhance the maritime search and rescue front as well as increase the surveillance capabilities of the aircraft. ViDAR stands for Visual Detection and ranging, similar to RADAR, radio detection and ranging, ViDAR uses the visual bands of the electromagnetic spectrum to send out pulses …
Read more